5X COOMASSIE nano, innovatively enhanced by the proprietary nano-technology, is a concentrated, easy-to-reconstitute protein staining solution for SDS-PAGE gels and is also compatible with mass spectrophotometry. Its next generation formula offers faster protein detection and higher sensitivity while eliminating the conventional need for destaining and wash. In the absence of hazardous substances, such as methanol and acetic acid, 5X COOMASSIE nano is considered to be safe and environmentally friendly by reducing carbon footprint by as much as 80%.

Figure I. The same performance between 1X & 5X COOMASSIE nano 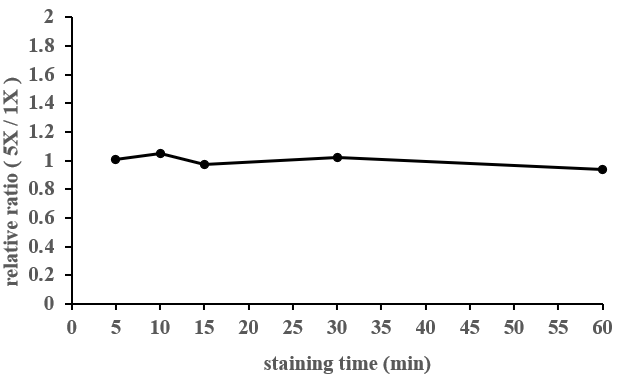 We used ImageJ to analysis the 85kDa band of lane 2 (red arrow), comparing the band intensity between 1X and 5X Coomassie nano. The variation is under 10%. 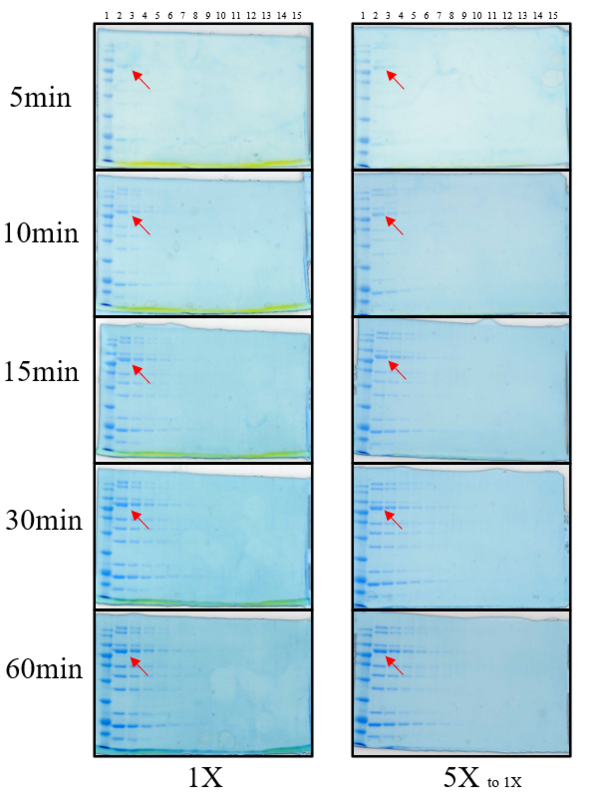 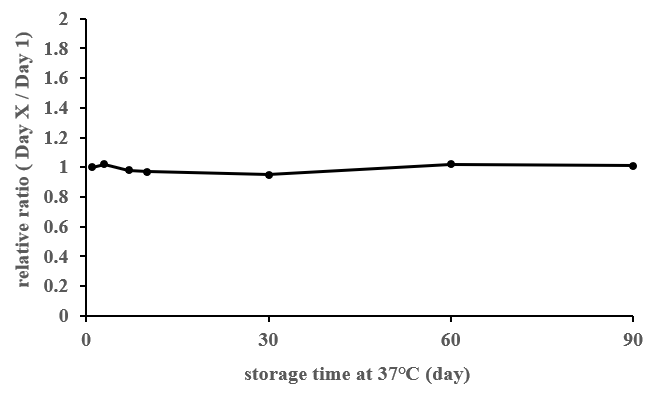 We used ImageJ to analysis the 85kDa band of lane 5 (red arrow), comparing the band intensity between different storage time at 37℃. The variation is small 10%. 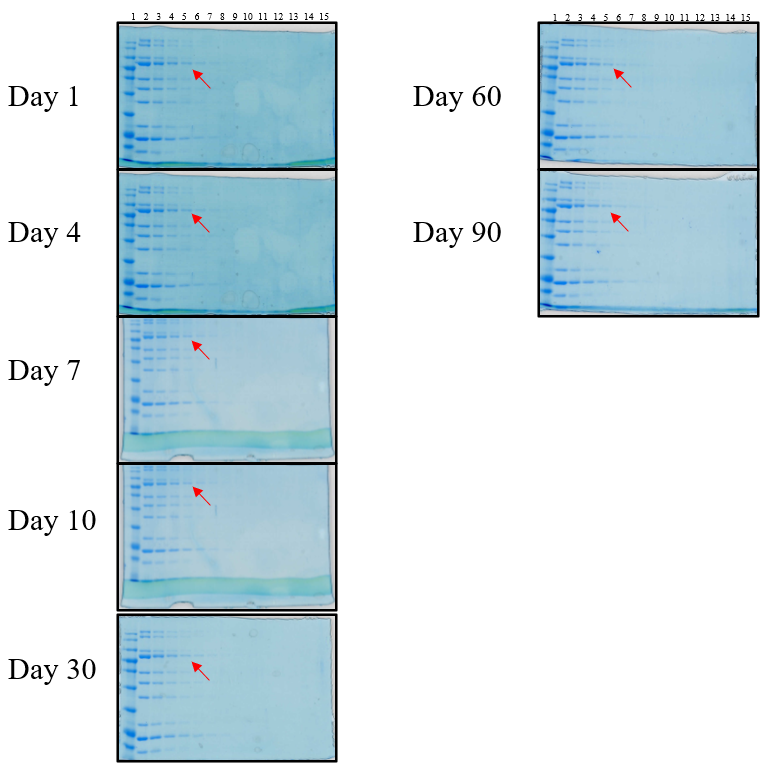 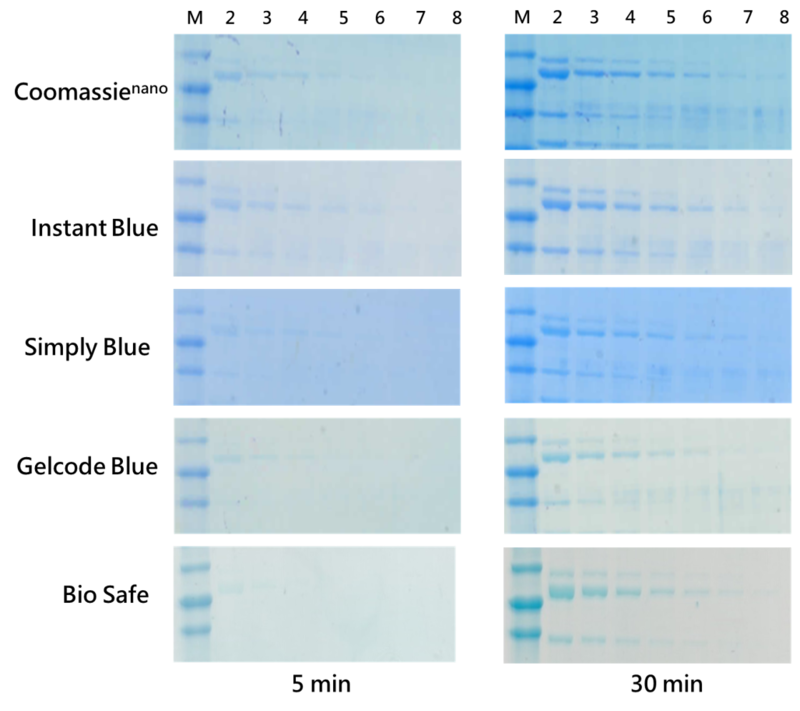 Prestained protein ladder and serial diluted unstained protein ladder were prepared and applied in electrophoresis. After running SDS-PAGE (4-20% Novex Gel), remove the gel from the cassette then proceed to submerge the gel in a proper amount of COOMASSIEnano  Protein Staining Solution, enough to cover the gel. Lightly agitate the staining box for 5 to 30 minutes at room temperature. 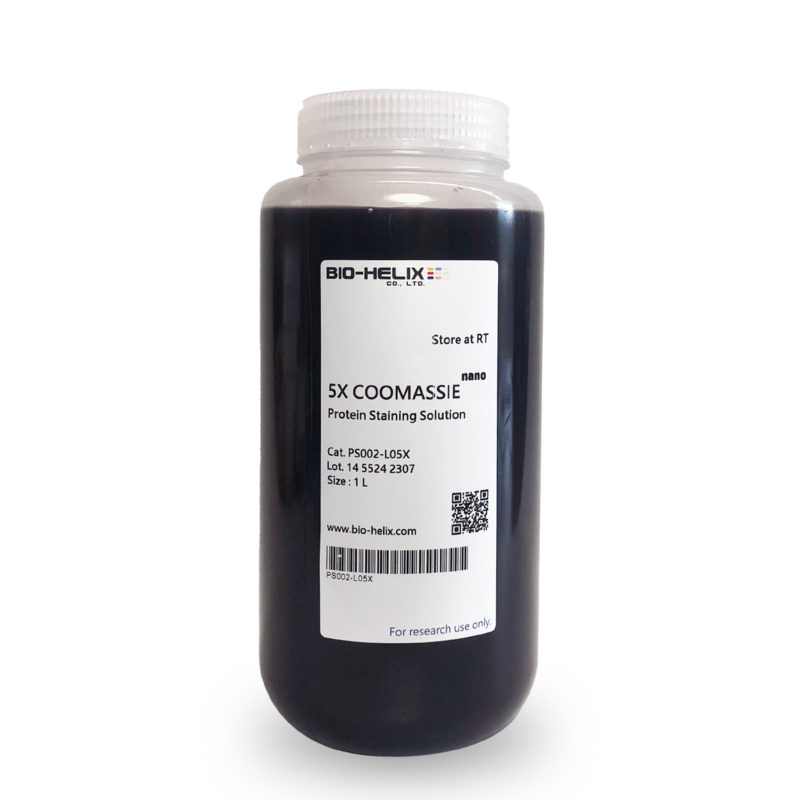 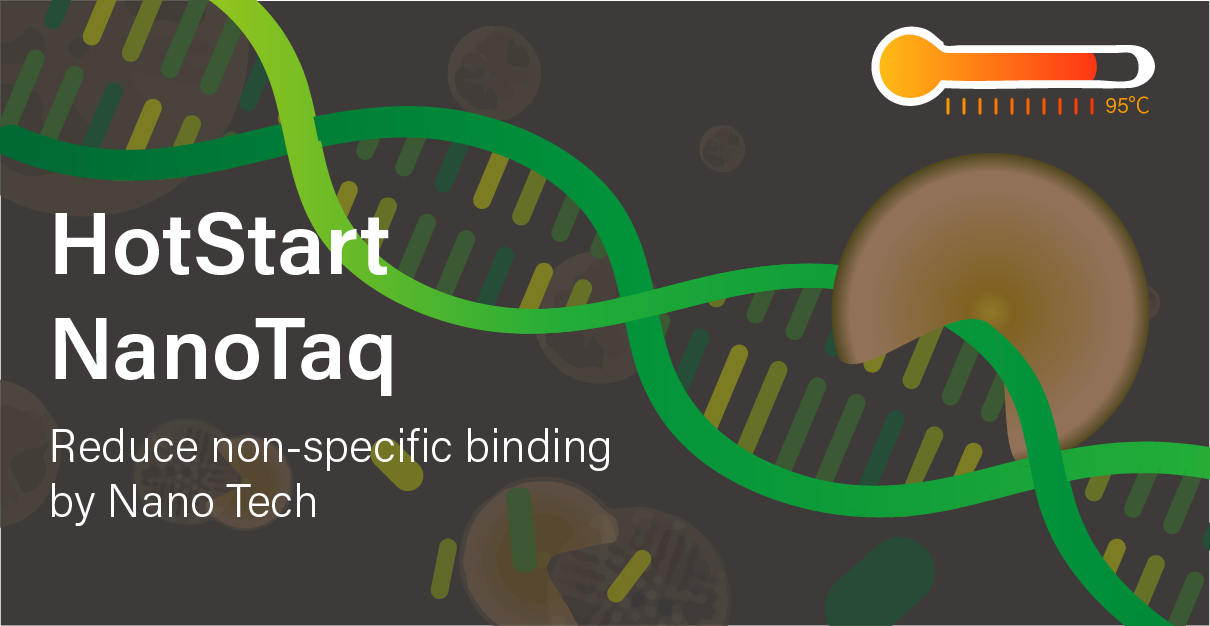